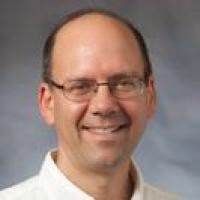 Longtime BHC member Edward Balleisen of Duke University has been named Vice Provost of Interdisciplinary Studies there. Balleisen is director of the Kenan Institute of Ethics' Rethinking Regulation project and a leading participant in the Tobin Project, a national network of social scientists who examine pressing public policy dilemmas. According to Balleisen, his research "explore[s] the historical intersections among law, business, politics, and policy in the modern United States, with a growing focus on the origins, evolution, and impacts of the modern regulatory state. [It] increasingly involves collaboration with historians and other social scientists who study regulatory governance in industrialized and industrializing societies."
A graduate of Princeton University with a Ph.D. in history from Yale University, Balleisen has taught at Duke since 1997. Within the BHC Balleisen has served as a Trustee and most recently as chair of the program committee; he is also the incoming director of the BHC's Doctoral Dissertation Colloquium.