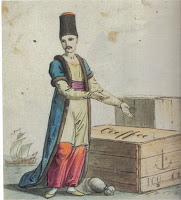 The Winton Centre for Financial History at Newnham College, Cambridge, is sponsoring a conference on "Ottoman-European Exchanges in Commerce, Finance, and Culture, c.1450-c.1914," to be held March 28-30, 2011. The program is now available on the conference website. As the conference organizers explain,


Despite the resurgence of interest in Christian-Muslim relations in the last decade or so, historians have paid far less attention to the commercial exchanges between Christian Europe and the Ottoman Empire. The relative paucity of rigorous comparative historical studies, which place the fiscal and financial institutions within their respective political cultures, territorial realities, and societal frameworks, makes it difficult to judge how far the Ottoman experience differs significantly from that of their European neighbours, especially insofar as the Ottomans, with their cosmopolitan metropolis, and their Balkan, Anatolian, Near Eastern and North African holdings, were the first of the great European overseas colonial powers. Our goal is to draw together modern scholarship on these themes, with the hopes of encouraging further comparative studies, while articulating a new consensus about the range and depth of commercial, financial and even cultural exchange.

Those interested in attending should contact Dr. D'Maris Coffman directly for additional information no later than February 15, 2011.