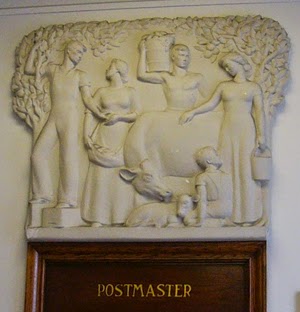 The Living New Deal Project at the University of California, Berkeley, has released an interactive map that will eventually show every New Deal project in the United States and territories. One can focus in on an individual area, or even an individual project; the site supplies basic details for each item listed. One can also search by project type or a combination of place and type. The site offers illustrations of many artworks and construction projects completed under the auspices of New Deal agencies. According to the designers, "Our goal is to inventory and map all New Deal public works across the nation. We want to involve Americans in a collective rediscovery of what New Deal agencies did to extricate this country from the Great Depression and lay the foundation for postwar prosperity." The project is directed by Richard Walker, professor emeritus of Geography at the University of California, Berkeley, where he taught from 1975 to 2012.